Benjamin Morris interviews Zoe Scofield and Juniper Shuey before the premiere of Clear & Sweet at the Contemporary Arts Center in New Orleans, LA.

Benjamin Morris: How did the idea for Clear & Sweet first come about?

Zoe Scofield: I’m from Georgia originally, and I went to visit my family about three years ago. While there, my parents and I went to visit the Okefenokee Heritage Center, where I first saw a recording of David Lee and the Lee family demonstrating a Sacred Harp singing school [a localized group of shape-note musicians who lead classes and sings]. It immediately struck me—it felt very foreign and at the same time very familiar. It so happened that my mother knew [the Lee family], and then I got to meet them and started to be more engrossed in the music. It was so powerful and visceral, and it felt the closest to the sensation of dancing in a group that I’ve experienced without having any physical activity.

BM: The South has many layers, and yet so often in the media or in fictional depictions we’re treated as a monoculture. How does your work bring out the depth of this region?

ZS: The South is a complex place, and my experience in the South reflects that. My family is originally from New York and moved down here—my parents were socially active, but we weren’t very religious. So in a way, it’s ironic that shape-note singing, which has a religious background, is the thing that has brought me back to the South. Most folks when they meet me have no idea I’m from the South. Meeting the Lee family and being involved in singing has been incredibly warm and loving and embracing, which is not what I would have thought. Partly because there’s this unspoken agreement that you don’t talk about things that would be divisive, such as religion or politics, during a singing—maybe afterwards, when you go have beers, but not during the actual sing. So, inside of that, it’s been more accommodating and open to multiple types of people than my very liberal life has been. I like that I’ve been humbled a bit and surprised in that way.

BM: As you were developing the concept for Clear & Sweet, how much of the piece was informed by shape-note singing’s origin in a tradition of faith? Despite its recent revival, you’re still taking an art form from the past and bringing it to new audiences, so how much of the past do you bring along?

Juniper Shuey: In all of our work, from the very beginning, there’s a sense of trying to figure out what is this journey we have in life, the belief systems that we have and create and live. There are things that we’re drawn to and there are things that we rebel against. We’re trying to create work that can have that complexity so that people can see it and have an experience that may in this form be artful but is still close to real life. Then, when they go out into the real world and have another one of these kinds of experiences, they can take something from what we gave them and take something from what they’ve learned and create a new journey or path for themselves. The core is that we all come together as a group, join together as a group to make something happen—to create something larger than ourselves.

ZS: To my mind religion and spirituality and community are three different things, but they’re in a Venn diagram. In a lot of contemporary work, religion is hands-off. You don’t talk about it. Yet in a lot of our work, both of us are drawn to what is uncomfortable—so I wanted to go through that process with a group of people. It didn’t have to be overtly addressed in the piece itself, but in the process we would all go through this together and see where it comes out. So with the dancers and the designers, we’ve had a year of conversations grappling with it and talking about it, being open to the multiplicity of our experiences.

One of the ways we’ve also subtly shaped it in the piece is that our rigorous ballet training had a similar structure to a serious religious training—a daily regimen, an austerity, and study away from friends and family. All of us have made varying sacrifices in hopes of becoming dancers, and those experiences resemble that of religion for me. I think that making art is my spiritual practice now. 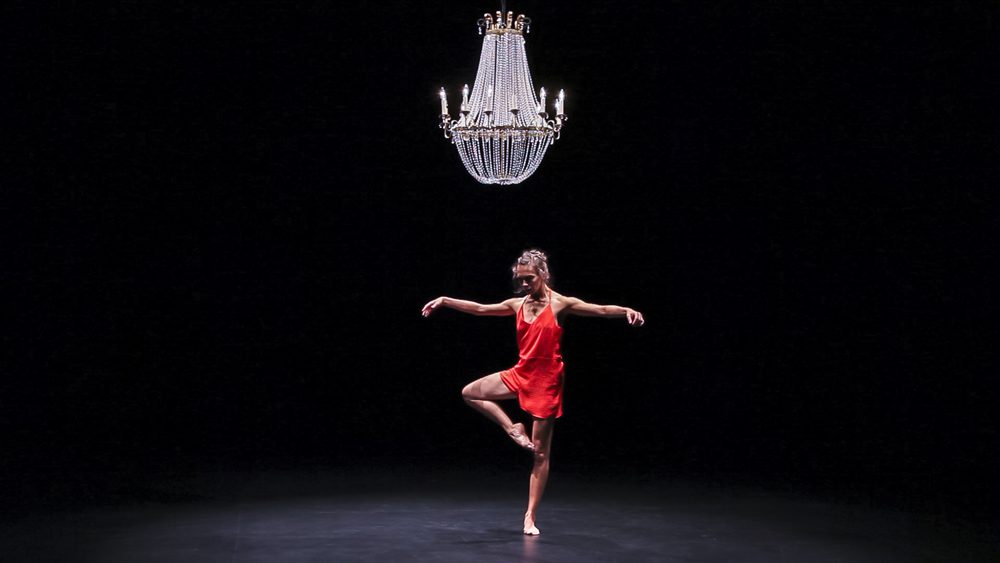 BM: One of the central aspects of shape-note is its texts, the hymnals such as the Cooper book [The Sacred Harp, Cooper Revision] that compilers have put together over the years. How are you engaging with that written tradition? Are the books important to the performance?

ZS: They are, yes. We spent over a year researching, going to different singings and meeting with the Lee family and different experts in shape-note. It was more about finding songs that best fit the piece in general, songs from Benjamin Lloyd’s hymnal from 1841 [The Primitive Hymns: Spiritual Songs and Sacred Poems, Regularly Selected, Classified and Set in Order and Adapted to Social Singing and All Occasions of Divine Worship] and from the red book [Original Sacred Harp, Denson Revision—a.k.a. the “Denson book”] from the 20th century. Other, contemporary singers, such as Kevin Barrans, wrote songs for us, as did Jacob Kiaiki and AnnaLeigh Smith. So the songs are from all over. We’re also making a booklet of the songs that are in the piece and how they’re sung, as well as a quick explanation of what shape-note is and where to find it in this area.

BM: In adapting a primarily vocal tradition to the dance floor, how did the choreography take shape? How did you think about the dancers responding to the vocalists?

ZS: All our dancers are phenomenal, but they’ve all had very different training, and different ways that their training manifests in their bodies. So it’s been exciting to be able to say, here’s this material, here are these ideas that I have, and this is what my body is doing in response to these sounds—now, what does your body do with that, or now try a loud version, or now try a quiet version of that movement. There’s been a lot of playing with perfectionism, playing with a mathematical grid in space, asking how much of that grid our body can memorize, and finding out what happens when you put a blindfold on and then try to move back through it. Some dancers are fine with it, and others aren’t, and we’ve left some of that vulnerability in the piece. What does your body know, when you’ve rehearsed something enough? What does it automatically do, when you orient it in space?

JS: For me, what came out was the community aspect. In shape-note singing, there’s no judgment on whether you can sing or not. You’re allowed to not hit your notes and not be judged for it, and that’s what drew me in. This acceptance of everyone’s singing personality is what makes the sound what it is and what makes the community what it is—so how do we make choreography that can do that?

BM: Is audience participation a part of the performance?

ZS: If they want!

JS: We’re not going to say hey, sing now, but we want to provide people with the chance to do so—in the same way as if you go to a sing, you can grab a book and join in or you can just sit and listen. We’re not going to force anyone to—just an opportunity, if they choose.

ZS: Right. And I want to be clear that we’re not interested in making our audience uncomfortable or destabilizing them just for its own sake. It’s more in service to the idea of a new form of stability: How do we find our comfortability in uncomfortable places? I find that when I’m in situations in art or life where I am called to question myself, it ultimately helps me to find a more stable, clear grounding. We see this experience as a container: I’m here inside this container with you, but you’re going to need to find your own path inside of it.